“Having worked on numerous war zones, many of the friends I met in Iraq, Syria, or Afghanistan are now on the refugees route… Some arrived in Europe a few years ago, others never arrived and vanished at sea.

I follow their journey through the messages we regularly exchange. I also remember the stories my grandmother used to tell me when I was younger, about her journey to North Africa, to leave from a Europe at war…”
Today, Europe, which has always been a land of ethnic and cultural exchanges, seems amnesic. 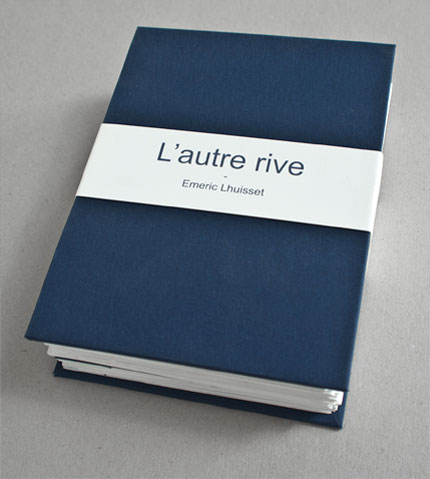 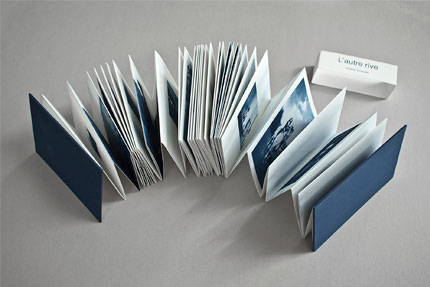 Emeric Lhuisset makes the choice to depart from these images belonging to the field of the news or of the spectacular, or miserabilist or even catastrophist. These impersonal images are too often used to justify populist discourses.

He decided to meet his refugee friends throughout Europe and to photograph their everyday life in all its banality.

This book , a tribute to the ones forced to leave their country to find shelter elsewhere, is entirely  printed on cyanotype. The photographs will not be fixed, they will evolve with the sunlight, to be replaced by blue monochromes… The blue of this sea in which so many vanish, but also the blue of Europe.

This book is limited to 100 numbered and signed copies. Each copy includes 43 cyanotypes, each printed manually by the autor. 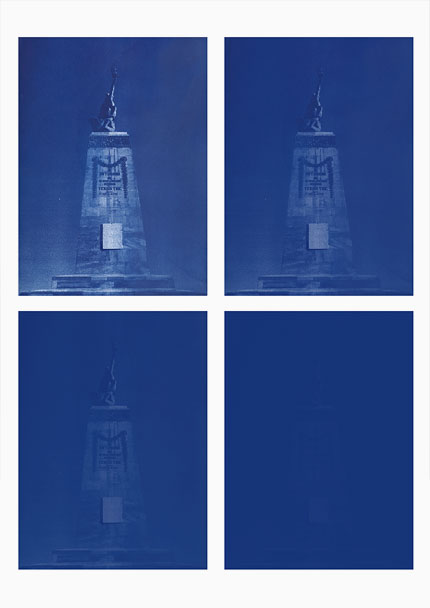