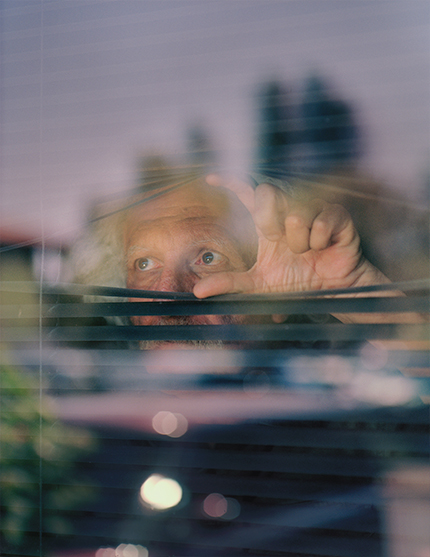 What is it that lies behind UFO phenomena? Is it just a commercially profitable story, a delusion with social consequences, a religious myth, or even a physical phenomenon? Through an investigative journey through the states of Nevada, New Mexico, and Arizona, Sara Galbiati, Peter Helles Eriksen and Tobias Selnaes Markussen, have documented an alternative religion—a religion where neither God nor mankind is at the centre of the universe. The book examines the human need for faith through extensive research and collected data on the modern myth of ETs and UFOs. It strives to achieve an understanding of this modern aspect of humanity’s eternal search for substance and enormous fear of meaninglessness. 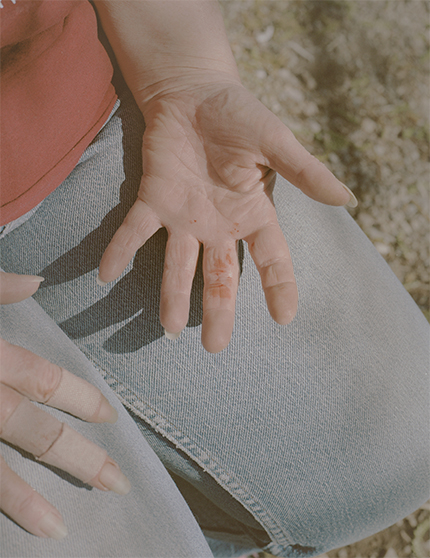 Betty Campbell works as waitress at the “The Little A’Le’Inn,” a diner, merchandise shop, and motel in Rachel, Nevada. She’s originally from Michigan, but a broken relationship with a Las Vegas card dealer brought her to Rachel. She now considers the small town, with its 98 inhabitants, her real home. The town, located 160 km north of Las Vegas, is the closest town to Area 51. It is well-visited by UFO hunters, conspiracy theorists, and aviation enthusiasts, who come hoping to see traces of UFO activity. 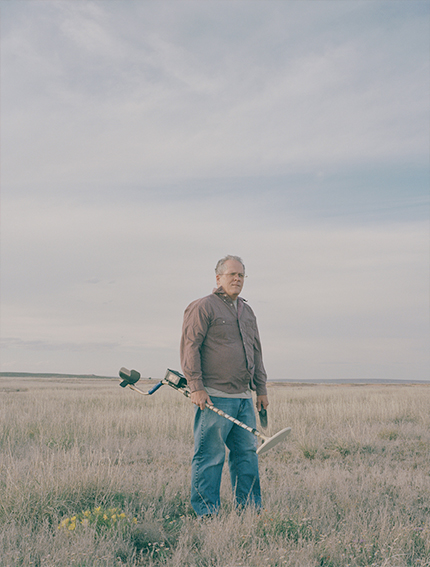 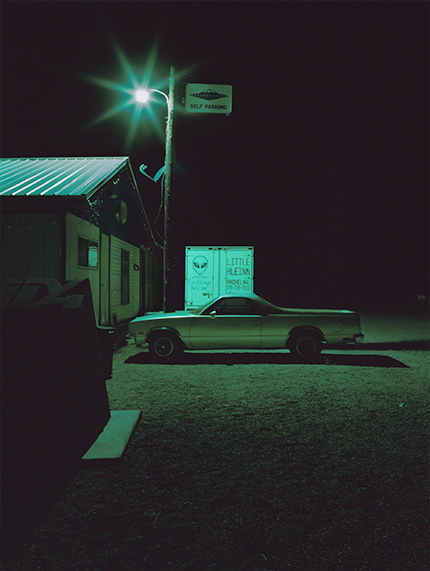 Alien truck stop. “Look up, as the truth lies there. Always keep your eyes to the skies whenever youcan. You just never know when that special event will happen. At those times, there may be no answers, leaving you only to wonder what just happened or what you saw. Life is a mystery; enjoy the ride.” 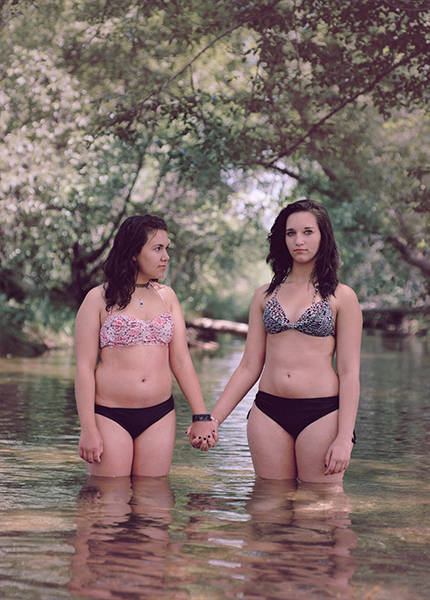 Sirianna Kailani and Grace Rumpf live in Sedona, Arizona. The city has one of the highest numbers of reported UFO sightings in the United States. Some say that the aliens are attracted to the magnetism in the red soil and that the beautiful landscape in Sedona holds an interdimensional portal that is used by alien spacecrafts to locate earth. 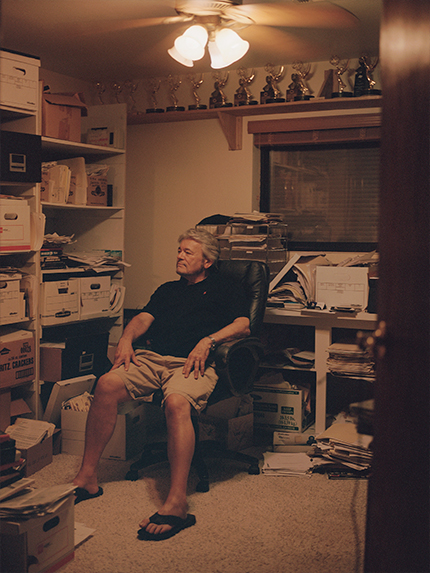 Close Encounters With People Who Believe in UFOs

Throughout our history, mankind has always sought answers regarding our existence in this dizzyingly incomprehensible world. Phenomena is a collaborative attempt to explore this human need for faith through a modern manifestation which is often subject to ridicule: the belief in extraterrestrial life. Are we alone in the universe? 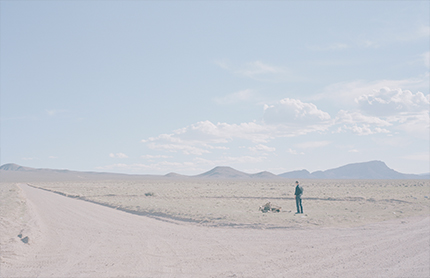 The three Copenhagen-based photographers Sara Galbiati, Peter Helles and Tobias Markussen tackled this subject with an anthropological approach and a non-judgemental attitude. They arrived at this idea through a shared fascination with the UFO myth, and a vision to take the people behind it seriously. As colleagues sharing the same office, the three friends were often inspired by each other’s work. “Right from the beginning, we knew that we were working towards the same goal – a book, and that it didn’t matter who took which picture. In the end, we all feel that Phenomena has become a much stronger body of work with our diverse approaches than it would have been had we worked separately.” 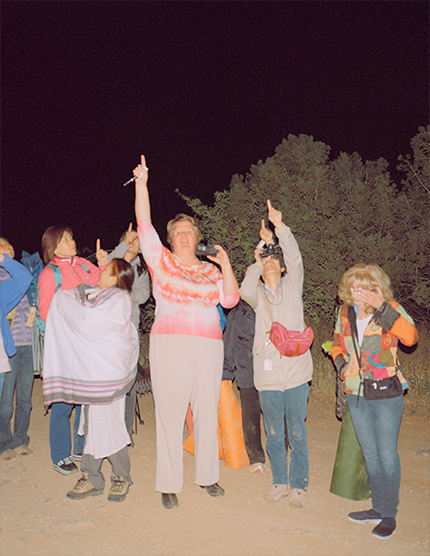 Their common interest in the UFO myth took the photographers to the United States where they set out to find the faces and places behind this story which arouses curiosity in many of us. Their intention was not to provide a propaganda for or against, but instead “to strive towards a better understanding of the modern human’s search for purpose in life”. 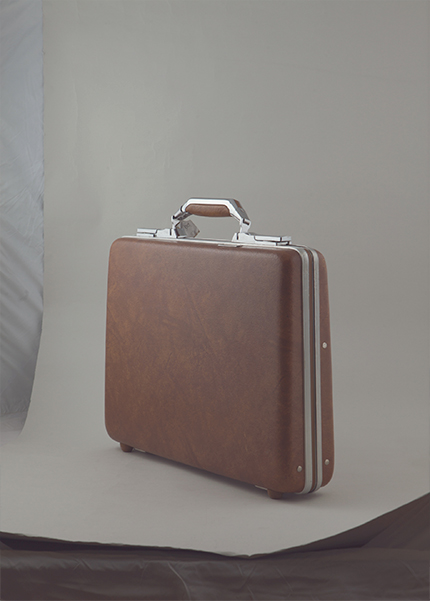 The book contains sixteen interviews with different people who all have different stories or theories revolving around the same belief. There are several people who claim to have been abducted, including Miesha Johnston, who says she was involved in a hybrid program and has several children in space, and Charlie Hall who believes he lived with human-like extra-terrestrials he calls ‘The Tall Whites’ during a two-year duty assignment. There are also interviews with John Lear, a former CIA pilot who is known as “the godfather of conspiracy”. It’s hard to single out just one story, emphasizes Sara, for each interview is better understood in the context of the whole narrative that is Phenomena. 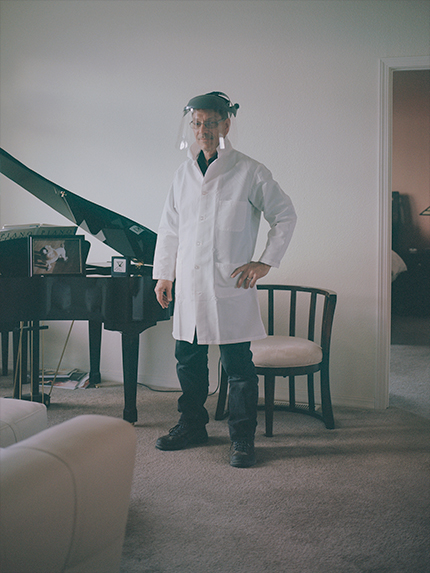 Access was unexpectedly easy thanks to their lucky encounter with the documentary filmmaker Jeremy Lockyer Corbell who had been working on a film about the UFO community and shared his connections with the team. Though entirely based on reality, Phenomena at times can feel like a work of fiction, given the complexity of its subject and the constant flow of alternating information and imagery. The photographers strived to capture strong and respectful portraits that enable the viewer to resonate more with the subjects; beyond their unconventional beliefs, they are normal people. Due to the meticulous collection of data from the participants and application of a method of anthropological research, we are forced to see beyond the unfamiliar and empathize with a human exigency which is universal. 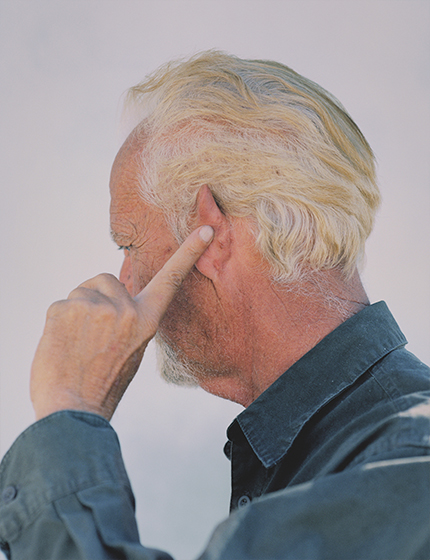 The Copenhagen-based collective behind “Phenomena” consists of Sara Galbiati, Peter Helles Eriksen, and Tobias Selnaes Markussen. All of them are trained photojournalists from the Danish School of Media and Journalism. In 2012 they founded the creative community Kompleks; individually, they work on projects and assignments for a wide range of major media. For the “Phenomena” project, the group acted as a collective using a conceptual, subjective and playful approach to documentary. Fundamental to their work is the conviction that the romanticised ego of the photographer needs to be challenged and dissolved. During the past few years, they have been widely published and exhibited in Denmark, Europe, and Asia. Individually, they have received a number of prizes from Picture of the Year in Denmark and POYi.