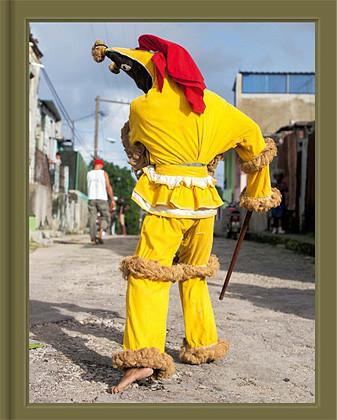 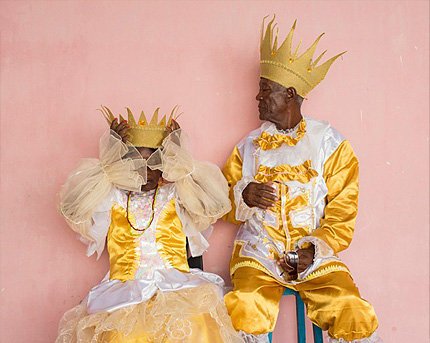 He also shows the fort (the architecture of colonial strongholds), the horse (the Iberian transportation system) and European feudal costumes recycled by the colonized as signs of prestige in African-derived protection systems where the real leaders are sacred drums, ‘fed’, protected from police and bowed down to by generations of initiates. 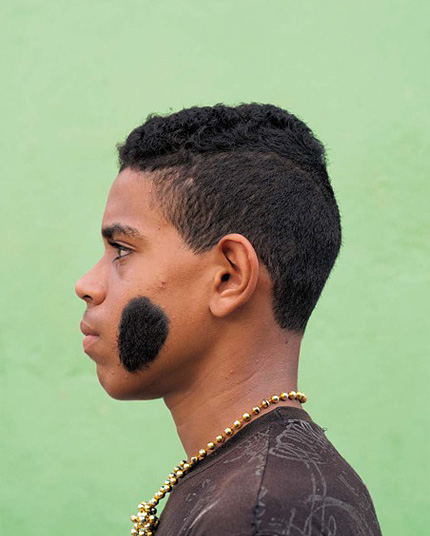 The photographer then deftly turns to the freemasons (European migrants who sided with the independence cause) and the rites of the Abakuá or ‘African freemasonry’ (an autonomous, hermetic, male, urban palenque), visibly more popular still than the signs of ‘modernity’ sported by hip-hop, mobile-phoning and skateboarding youth. 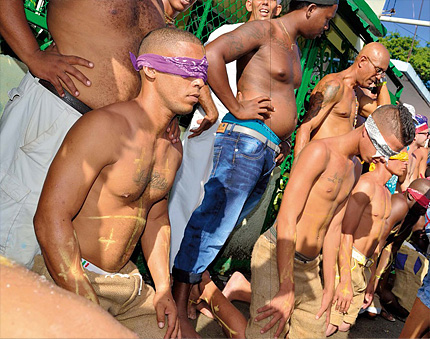 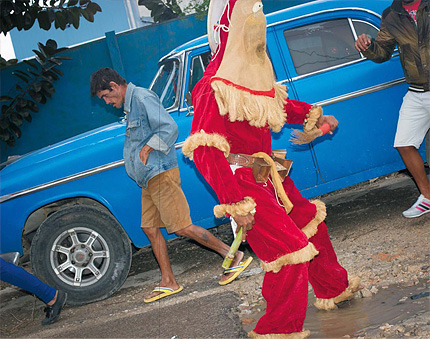 “La rumba no es como ayer” (the rumba’s not like it used to be) as the elders once sang to provoke and instruct. But the rumba continues in the psyche of the Cuban ‘people-people’, descendants of the palenque, the enslaved, the rebels, whose ground zero remains firmly located the fundamentos, the ‘spiritual foundations’ planted down centuries ago by African forced migrants for healing and protection.

Today these historical shrines are maintained against perils of erasure and forgetfulness, and paradoxically, to approach them backwards in linear time through collective ritual and inherited myth carries the majority of the Cuban people forward. 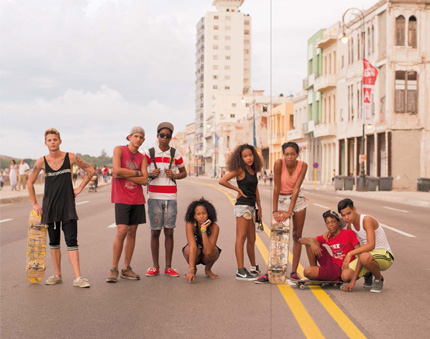 Nicola presents a magnificent view into current Cuban uncertainty, where the themes of marronage and resistance offer an alternative to the twin towers of communist regimentation and touristic exotica, both reliant on folkloric kitsch. Instead, the autonomous and historically continuous Abakuá represents self-curation and definition, answering the Cuban Kongos rhetorical question: ¡¿Somos o no somos?! (‘Are we, or are we not’!)
Dr. Ivor L. Miller, University of Calabar, Cross River State, Nigeria