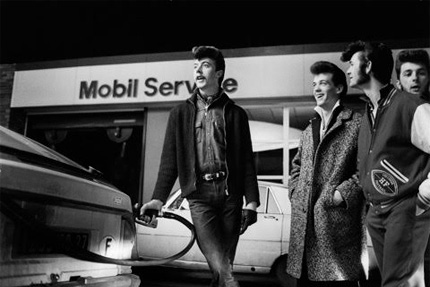 “A couple of six-packs of “Kro” sit on the boot of the blue Chambord with a white roof, Saturday afternoon in a dead end street of St Michel. Detached houses from the Fifties stand all around us, the car’s backlight needs to be changed, the pompadours look sharp, we are discussing the rusty patches, the Ranch where the gang is to meet that evening; a young girl with a headscarf dating from another era sits next to us, two Arondes pull in, the afternoon is slipping away, from the Chambord’s tape player tunes from Crazy Cavan & The Rhythm Rockers fill the air, the six-packs are gone, not a “Kro” left, the V8 of the Simca Versailles is purring like an American one, we all cram into the cars about to roar off, my Nikon F burns the Tri X…
For the next three months, I will follow Marco, Raynald, Michel, Eric, Boumé, Lionel, Titi, Denis, Alan, Jimmy, Laurent, Bouboule and the others, in their bedroom, with their parents, at the Tuffier hair saloon, at work, at King Bee’s record vendor, on the parking lot where they fix their Arondes, the Chambord … at the Liberty bar, during the dancing parties at the Jularedo Ranch; the gang where pals are more important than a gal.”
Gil Rigoulet, Évreux, Normandy, April 1982. 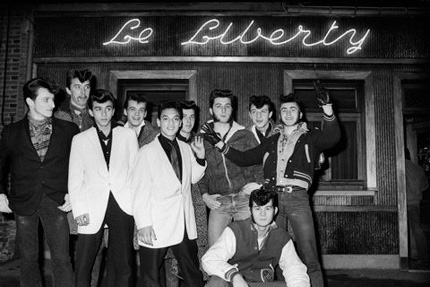 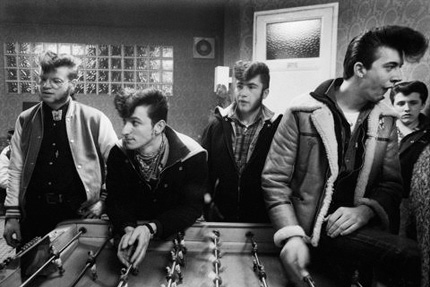 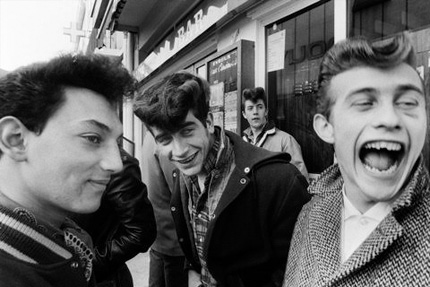 These pictures are like a tale brought to life from my archives after a thirty-year sleep. 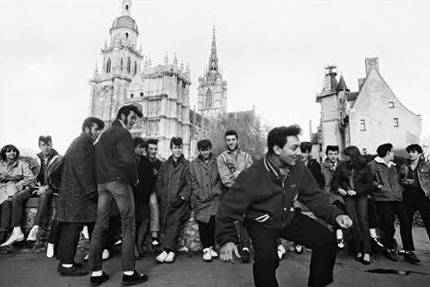 “To understand the Rockers photographed by Gilles, one must leave France of the ’80s, turn back the clock and head towards England. England? Why lose your way in this foggy country instead of embarking straight to the USA where rock was born? Because if it is true that the United States did provide the sound, it is in fact England that set the tone of the gang’s “style complex” and this, well before the age of rock. 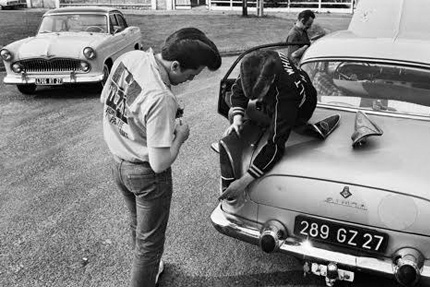 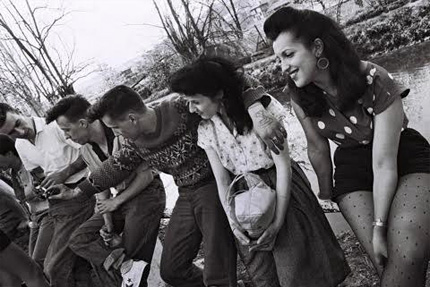 In the beginning were the teddy boys. Precursors of the rock’n’roll spirit, even before the apparition and the diffusion of this music and of the teenager’s look which will come to be associated with it; pioneers of the “rock culture” which will count the “rockers” of Evreux as their heirs, they would constitute the first youth movement of the modern era and would serve as a matrix to all the stylistic movements to follow. In his book Haircults: Fifty Years of Style and Cuts, Dylan Jones introduces us to this dashing and turbulent subcultural avant-garde, explaining that this is the first generation to express itself with its clothes, its fists and hairstyle. They have no respect for the habits of their elders and vow an iconoclastic cult to youth. For the first time since the beginning of the century, these youths “combine aggression with a style, ” provoking for the sake of provocation, just for pleasure. They are the first teenagers from the working-class to express their frustrations and their overflow of energy with a dress style…”
Gildas Lecop, sociologue (extrait) 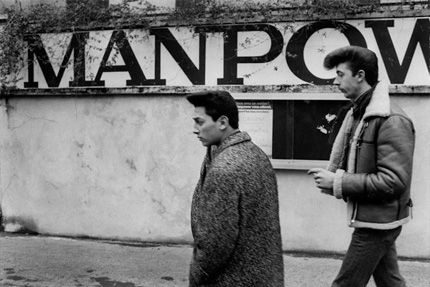 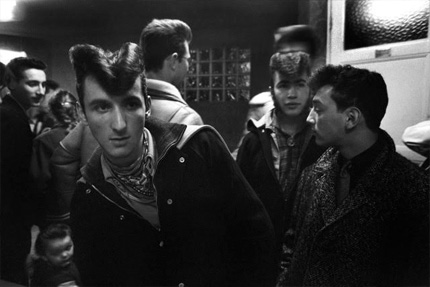 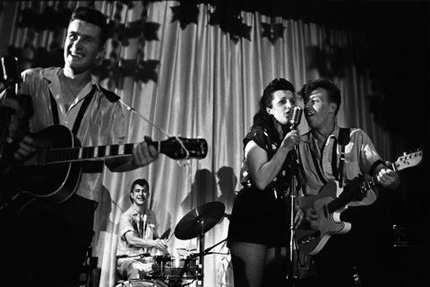