The Other End of the Rainbow 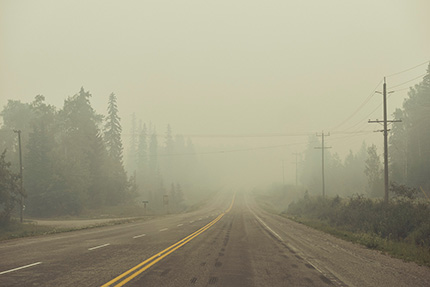 “By replacing direct evidence with absence, Kourtney Roy highlights the impossibility of any obvious way of speaking about these “small lives” that never attract any attention. British Columbia, Canada, has experienced a wave of murders spread over fifty years.
Since 1969, dozens of women and girls have gone missing; some were found dead, scattered along what is now called the “Highway of Tears.” 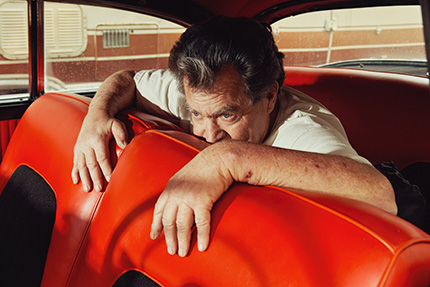 “Surprisingly simple in its premise, free of lyricism yet never flat, Roy’s series depicts places that seamlessly follow one another. There is an accumulation of fragments, wherein detail goes hand-in-hand with an absence of visceral scenes.

The image narrative articulates the impossibility of conveying the world’s disorder directly. This disorder is essentially nocturnal, blurred by fog or forest fires; in other words, it escapes the gaze, remaining forever refractory to photography. We will have to make do! Thus, in what cannot be expressed, the medium rediscovers its primary quality, the silence that accompanies violence”.
François Cheval, extracts. 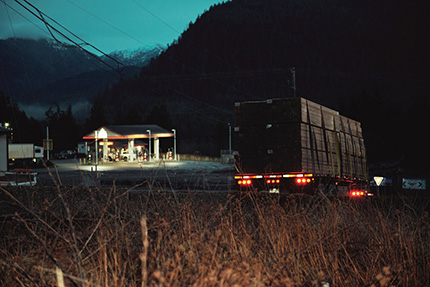 I wanted to move beyond the limited sphere that I had constructed in my previous work and enter the daily reality of those who live along the highway, thereby to gain a glimmer of comprehension of what their lives have been and continue to be like, even if such a project might be fraught with problems and questions. In fact, for those very reasons, I felt compelled to go. 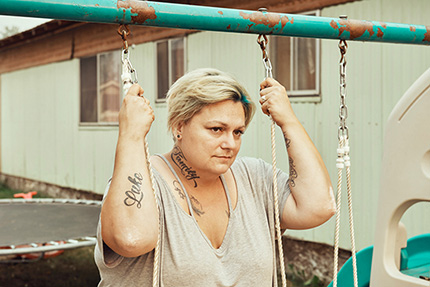 Often, the places where many of the victims’ bodies were found are unmarked. They were ordinary places, overlooked and inconspicuous. The banality of the sites was disturbing and heartbreaking. It was this “ordinariness” that I wanted to photograph, to reveal the unintentional and marginal details of the road and imbue these places with a sense of disquiet and ambiguity. The shadow of what had transpired along this route was tapping its spider legs against the glass jar of my imagination. 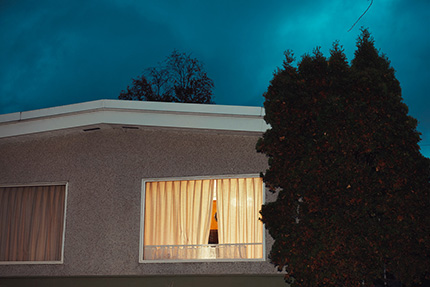 The headlights from passing cars shining into my room at night would awaken me with a pounding heart: I began to imagine that I was followed, that my presence had been noticed. From theories of widespread sexual exploitation and violence by the RCMP to serial killer truck drivers and drug dealer hits gone wrong, I had been told tales of such brutality and horror that my thoughts spiralled into a vortex of paranoia and fear. 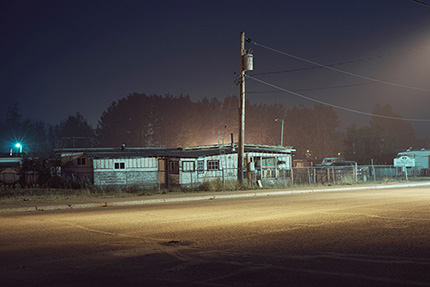 I wondered, as others have, if there wasn’t a larger conspiracy behind these lost women and girls? The next morning, I would head out again, my night-time terrors having temporarily dispersed with the sun rising over the mountains. 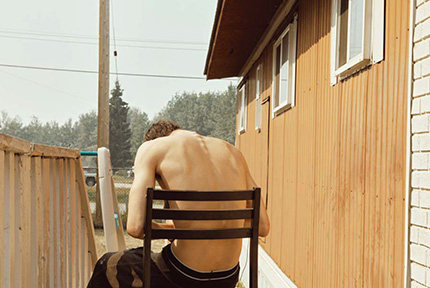 This indifferent yet captivating landscape endlessly beckoned me to question the unresolved secrets and atrocities that have unfolded along the Highway of Tears”.
Koutney Roy, extracts