Valparaiso is a photographic esssay by Anders Petersen. The work was carried out in August 2014, during a Residency for the “Internacional Festival of Photography in Valparaiso”, FIFV. This was Anders Petersen’s first time visiting Latin America. 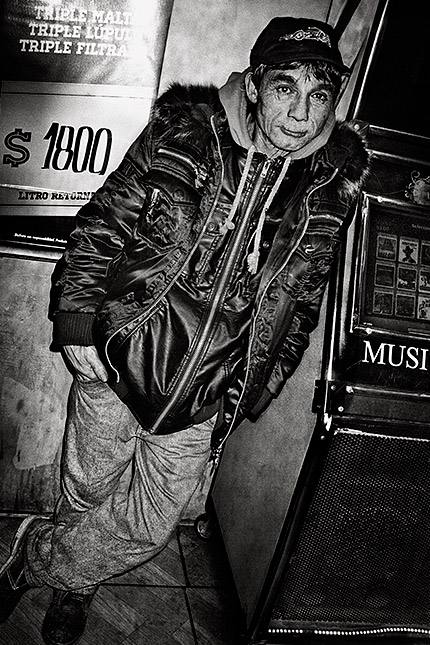 Roaming the streets and hills of Valparaiso Petersen captures the every day life of this magic portal town. In his usual direct and confrontational manner he portrays its inhabitants and through them he reveals a piece of Valparaiso’s soul. 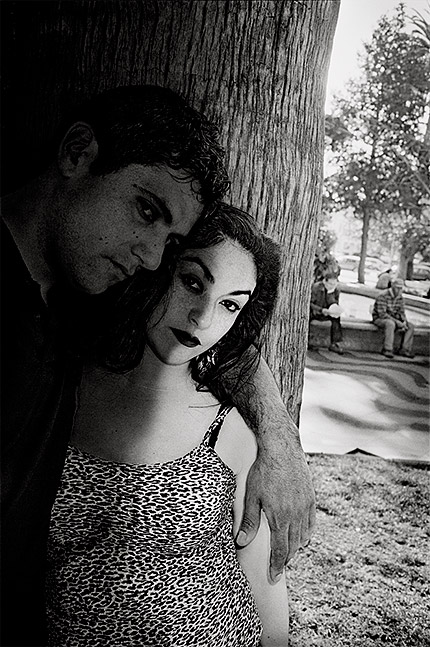 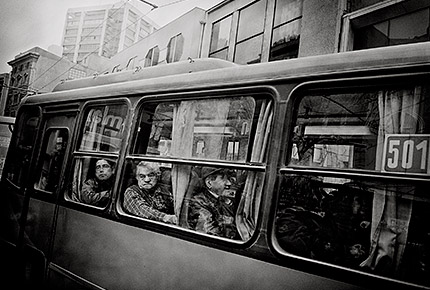 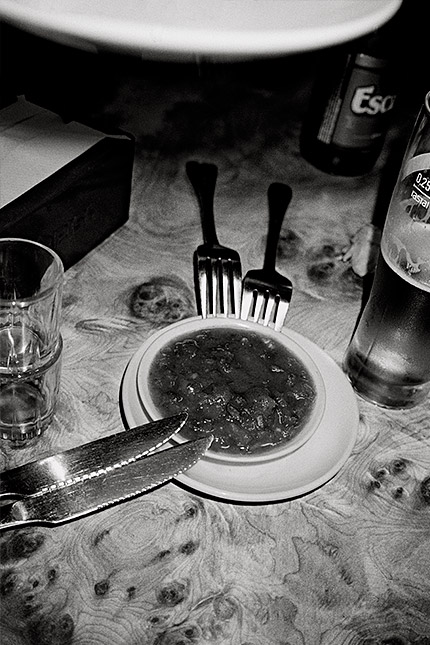 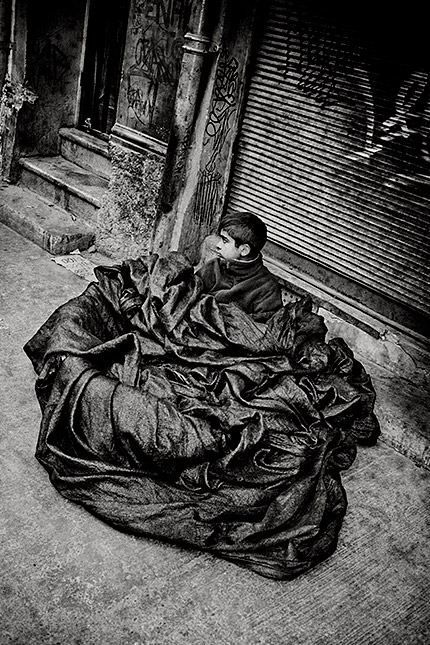 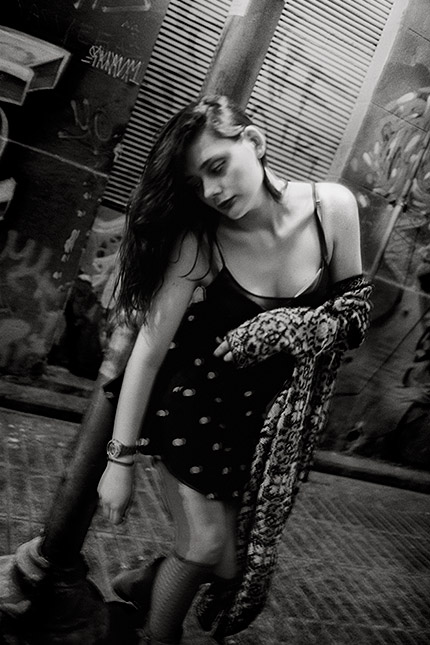 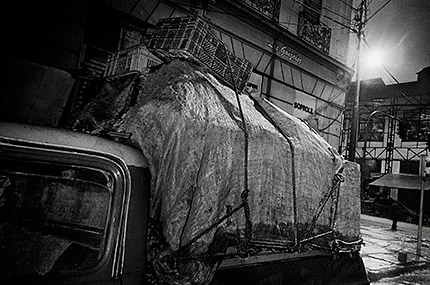 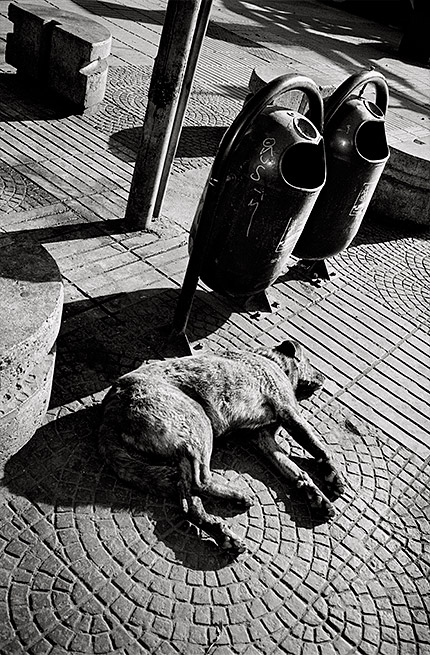 At the age of 14 he follows his family to Karlstad (Värmland), where he meets the artists Karin Bodland and Lars Sjögren. In 1961, breaking with a rather traditional education, he leaves for Hamburg to learn German, painting and writing. During this stay, he takes no photography. He discovers and admires the work of Christyer Strömholm, the biggest Swedish photographer of the time. He meets him and, accepted as student, will follow his teaching at the School of photography of Stockholm. Strömholm will become from then on, not only his professor, but also a bosom friend of whow the photographic approach and the visions of the world will have a long-lasting influence.

In 1967, Petersen who definitively abandoned the painting begins a photographic work in a popular bar of Hamburg, close to the Zeughausmarkt, the Kaffe Lehmitz (now destroyed). During almost three years, he attempts to photograph the place and his regular customers stemming from the working class of from the marginal circles. In 1970, he presents 350 photos – pinned to walls – in the place of shots.
The same year, together with Kenneth Gustavsson, he cofounds SFTRA, group of photographers of Stockholm. Petersen realizes commands and reports for magazines, while leading a personal work in the form of photographic personal diary, always current at present. In parallel, he teaches at the Christer Strömholm’s school. He will also be director of the School of photography and cinema if Gothenburg.
Although the series of original photos is posterior than that of Kaffe Lehmitz, Gröna Lund, its first book appears in 1973. It’s dedicated to the passers-by and to the activities of the big amusement of Stockholm. In 1974, Petersen is awarded a diploma by the Dramastika Institutet of Stockholm. In 1978 the book Kaffe Lehmitz is published by Schirmer-Mosel, in Germany. During the next ten years, Petersen becomes attached to a long-term job on the closed circles.
In 1984 appears the first book of this trilogy, Fängelse, serie dedicated to the prison environment. Will follow the publications of his work within a retirement home, Rågång till kärleken (1991), and by a psychiatric hospital, Inger har sett allt (1995).
In 2003 and 2004 Anders Petersen teaches the photography to the School of photography and cinema of the Göteborg University (Sweden). He’s requested very frequently to hold workshops and his work is many times exposed in Europe, in Asia and in the United States. Prizes and awards marked out his career. So in 2003 he was named “Photographer of the year” by the jury of the International matches of the photography of Arles. Anticipated to the Deutsche Börse Photography Prize in 2006, he’s won the award in 2007 of the special Prize of the Jury for the exhibition Exaltation of Humanity, presented to the third international Festival of photography of Lianzhou (China).
In 2008, the german Society of photography awards him the Dr. Erich Salomon.
In 2009, the Prize From back Home (éd. Max Ström), work making their photos have a dialogue. Also in 2009, this book is appointed Better Swedish book of photography.
In 2010, he is a member of the jury of the Prize BMW of Paris Photo, and in 2012 receives the Prize of the Swedish book of photography for the edition of the series SOHO, realized during a residence in London in 2011. The same year, City Diary (éd. Steidl) obtains the Prize of the photographic book of the year, awarded by Paris Photo and the Aperture foundation.
A major retrospective was presented in Paris at the BnF, curated by Anne Biroleau.
Anders Petersen lives and works in Stockholm.