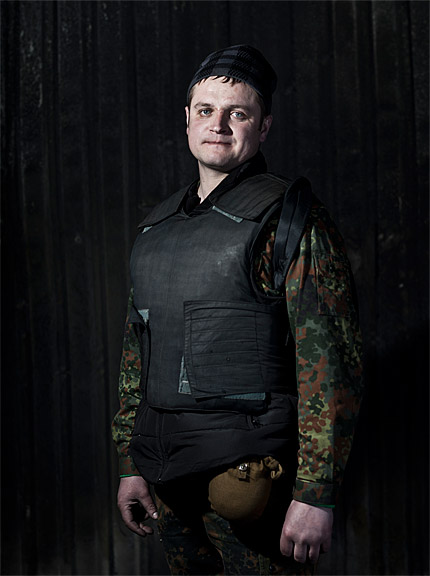 As Yanukovych’s government had just fallen, as the president was on the run and the police had disappeared from the streets of Kiev, for a very short time power belonged entirely to the people. It’s that time of latency, when everything seems possible, that I tried to capture in the eyes of the people as I asked them two questions: What would you like to see happening now? And, what do you think will happen? 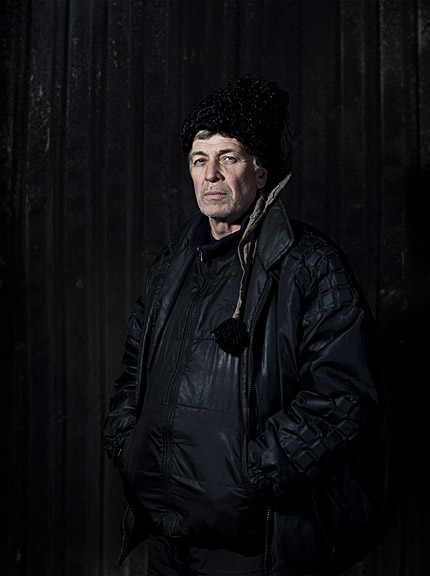 Maidan Nezalezhnosti is the name of the main square in the centre of Kiev that became the theatre of pro-EU, anti-government demonstrations at the end of 2013. The protests united thousands of Ukrainians who were tired of the government’s corruption and the Russian grip on their country. After three months the situation escalated when protesters were fired upon by the authorities, leading to the death of more than 100 people – referred to as the “Heavenly Hundred”.

With Maydan – Hundred Portraits Lhuisset brings us to February 2014 and the faces of the revolution. Although anchored in a specific time context, the series conveys a shared and universal sense of hope. Be it in the eyes of the young nurse or the elderly Cossack, one can read the same determination, the same commitment. Together with the written interviews, each photograph becomes the testimony of a recent moment that is already long gone. As the French art critic Adrien Goetz puts it in the introduction to the book, “the power of these images lies in the power of these words, written by each of them, but in the name of all of them”. 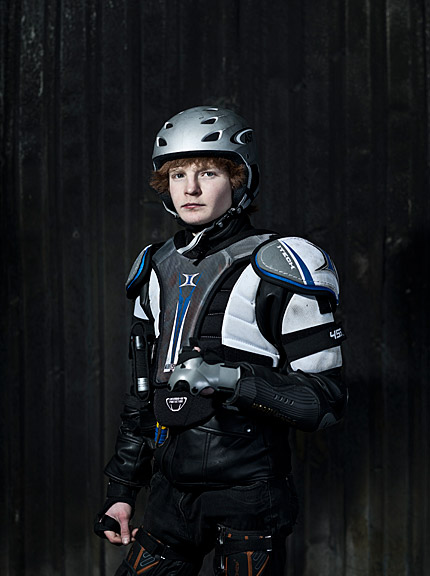 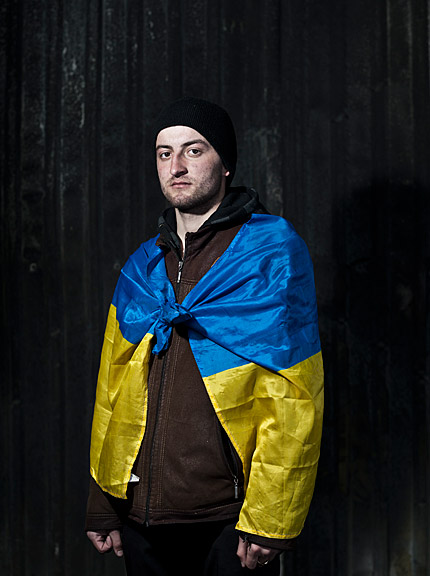 When the news broke of Ukraine in 2014, he left to meet the fighters of the revolution. Did he already have in mind the protocol he would follow up on? This parade of Ukrainians, one by one, Maydan Square, this metal door sheet, half-charred, for which to serve as background? And these questions, always the same, that he put everyone? His enthusiasm needs this kind of rules.

For him, the models are also artists of the past, above all when faced with today’s fighters. Over the centuries, before his eyes, it’s always the same look, the same pride, the same wound, the same war. He never tries to show a picture of combat, not in a time when any witness with a cell phone can create an image that will circle the globe. He seeks to build, through the eyes of fighters he meets, an image that escapes time and anecdote.

The artist told each one they would fill in a questionnaire, that he might better understand their commitment – they would create for the second time a face of this revolution, they caught the idea, the abstract dimension, floating above them, united them over those few days. The strength of these images goes with the force of these words, scribbled by each, but in the name of all, in those moments, rare in history, when the people had the desire to write and had the power to look ahead. 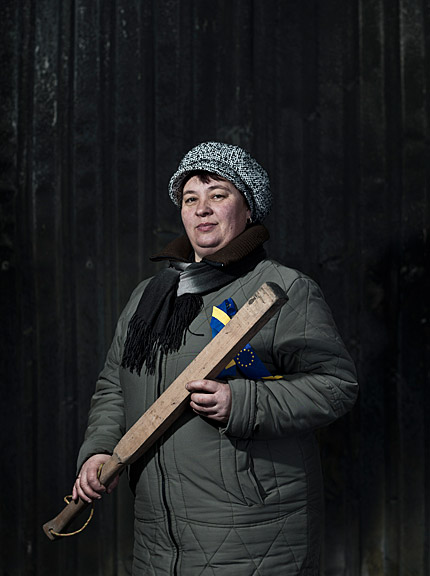 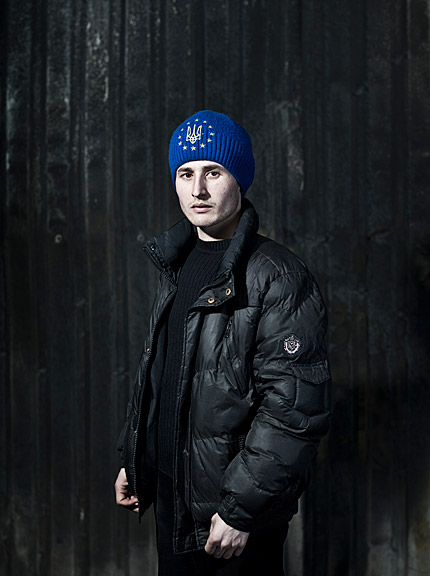 From the first news of Ukraine in 2014, he went to meet the soldiers of the revolution. Had he already had in mind the protocol he followed up on: the parade of Ukrainians, one by one in Maidan, in front of this burnt metal door serving as a background, and these questions, all the same, he asked everyone?

For him, the models are also artists of the past, especially when facing living veterans. Over the centuries, before his eyes, it’s always the same look, the same pride, the same injury, the same war. He never tries to show a picture of combat, in a time when any witness with a cell phone can create an image that will go around the world; he seeks to build, through the eyes of the fighters he meets, an image that escapes time and anecdote.

In front of each face, he wanted a written page. This is part of the protocol. It is this second part of the device which plays here the role of an Area of Freedom.

The strength of these pictures goes with the strength of the words, traced by everyone, but on behalf of all, in those moments, rare in history, where the people had the desire to write and had the power to do so. 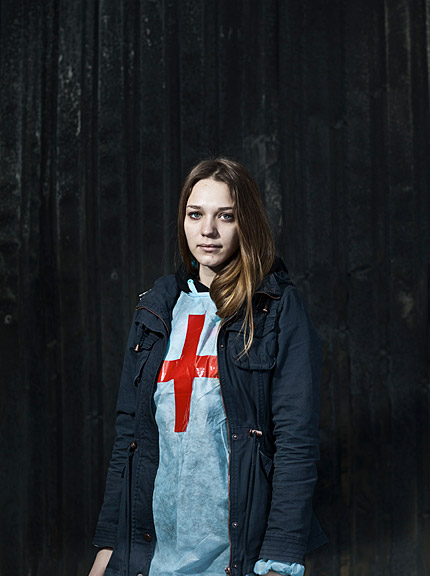