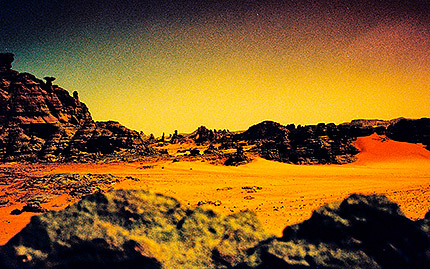 The Robert Maurice Debois book project comes from here and elsewhere. It is made from a collection of photographs from the human named Brice Krummenacker and tells the adventures of our hero: Robert Maurice Debois, the classiest being of the milky way, interstellar traveler, and extra ordinary alien – “Martian” is discriminatory, Robert is not from Mars! 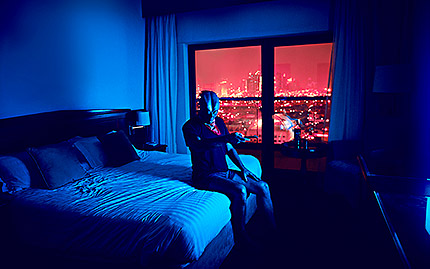 He was born a long time ago, in a far away galaxy, on the planet Gaia, in the globular cluster M13. There, he randomly received the Arecibo message. 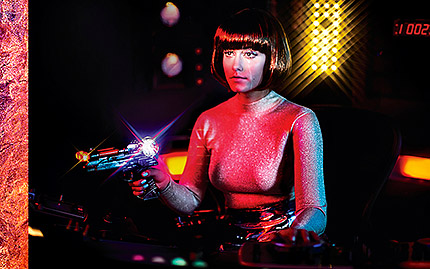 Curious to know why a seemingly intelligent specie went through the trouble of sending, 150 light years away from their home, a message as boring as the atomic number of hydrogen and carbon, he decided to go to earth and investigate 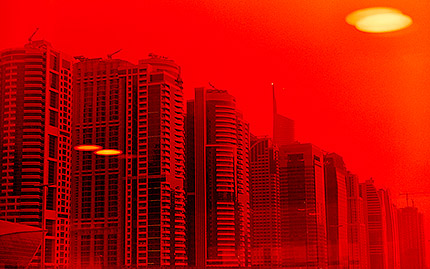 And while he’s there, the tasteless lives of those creatures would probably benefit from a few advices in terms of clothing, food, and more… 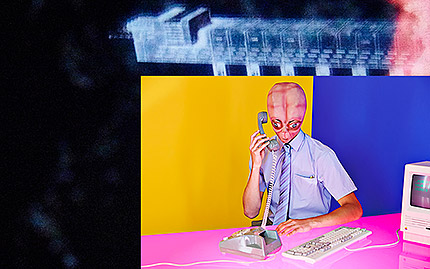 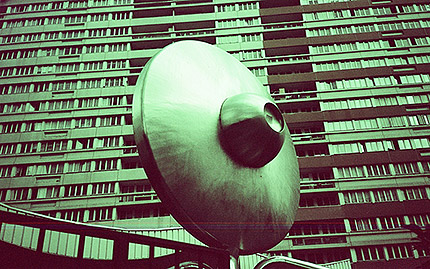 Upon arrival, our space invader soon realized that the conquest of this world where reality is ever more virtual would only happen through social networks. 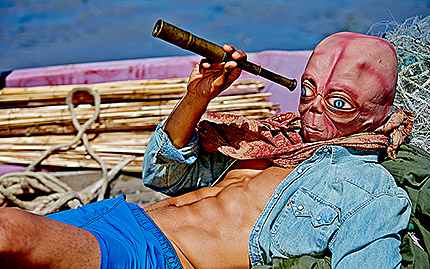 Mondino and Terry Richardson being too expensive, he decided to enslave Brice with a cleverly placed probe. “This one: I like his hairstyle!” he reportedly said. The photographer would open him different accounts: Facebook, Instagram… even Tinder! 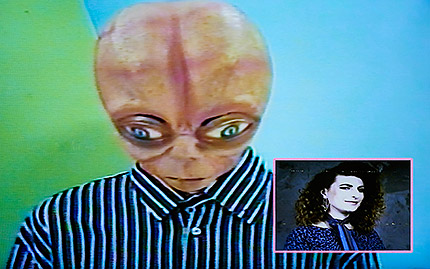 Robert’s attacks are global: he matches, likes, tags… he shares! Far from the usual beauty standards, he shows himself off and likes to pose on camera. Astral kebabs, passion for the Bogdanov brothers or the music of the keyboard cat, galactic wardrobe, the occasional trippy joint… each posts makes him exist a little more, makes him a little more real in the collective imagination. The fictional character realizes itself and the infamous sentence “I think therefor I am” becomes “I post therefor I am” 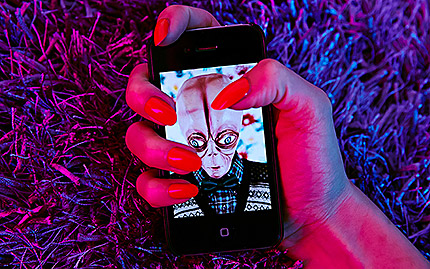 Incongruous, unexpected and strange are the adjectives that best describe this trip and this book. 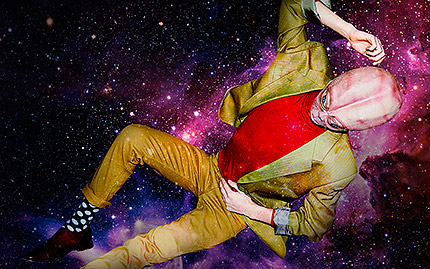 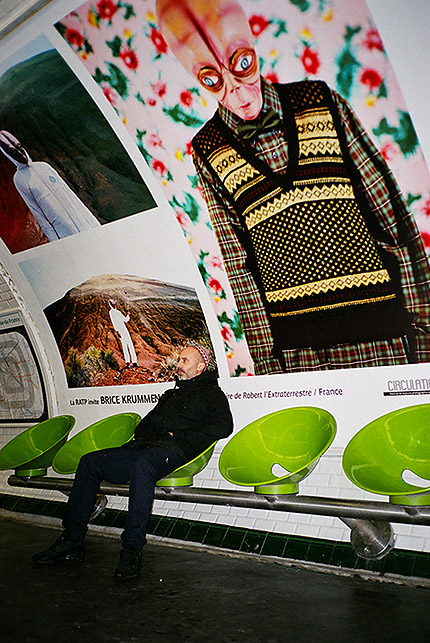